Diaxinol is a Dietary Supplement

Maintaining healthy blood sugar (glucose) levels can often pose a challenge because, on average, Americans spend 21 hours a day being sedentary. Additionally, we consume foods that are highly processed, refined, and contain excessive levels of sugar while offering very little in the way of micronutrients and fiber. Combining these lifestyle practices with genetic predisposition and high stress patterns make it very difficult to maintain adequate blood sugar levels. Healthy blood sugar regulation is a complex process that requires a number of metabolic factors working at optimal capacity. Part of this process includes a region in the pancreas called the Islets of Langerhans. This region has various types of cells involved in regulating blood sugar levels. If blood glucose levels fall (which often occurs due to stress or lack of food intake for an extended period of time), the alpha cells of this region secrete glucagon, a hormone that triggers the release of stored glucose (glycogen) from the liver and skeletal muscles. Conversely, when blood sugar levels are elevated, beta cells in the Islets of Langerhans secrete the hormone insulin. Insulin causes liver cells, muscle cells and fat cells to take up glucose from the bloodstream. The delicate balance of blood sugar levels is crucial for regulating the body’s production of energy. Micronutrients such as chromium and biotin are required to support enzymatic reactions and cellular signaling systems that maintain the body’s homeostasis.

Alpha lipoic acid (ALA) is a nutrient required for cellular metabolism, specifically the breakdown of carbohydrates and fatty acids. ALA has been shown to support healthy blood sugar balance by activating an enzyme called adenosine mono-phosphate kinase (AMPK), a major regulator of cellular energy. AMPK coordinates both long-term and short-term metabolic changes, leading to an improvement in energy production and a reduction of energy storage. AMPK activates cellular metabolism by improving insulin sensitivity, downregulating genes involved in fat storage and activating genes involved with burning fat. A study using a dose of 600 mg/day of ALA over three months demonstrated that ALA helps support healthy lipid levels while improving oxidative stress (reducing free radical damage) by 38%. An additional study examining the effects of ALA on 74 subjects found that within the four-week, placebo-controlled trial, administration of 600 mg of ALA per day significantly enhanced glucose transport and utilization. ALA is also a potent antioxidant. It scavenges free radicals while aiding in the regeneration of the body’s antioxidants including vitamin C, vitamin E and glutathione. Through its antioxidant-boosting mechanisms, ALA helps maintain healthy blood vessel and circulatory health.

Numerous studies have demonstrated that cinnamon has a beneficial effect on maintaining healthy blood sugar levels. Cinnamon acts by inhibiting several enzymes that play a role in insulin resistance leading to an increase in insulin sensitivity. Diaxinol contains Cinnulin®, which is made using a patented process that extracts the water-soluble components of cinnamon into a potent 20:1 extract (500 mg of Cinnulin® is equivalent to approximately 10 g of whole cinnamon powder). Cinnulin® is standardized to contain doubly-linked polyphenol type A polymers, the bioactive component which has been shown to be effective in clinical trials. In a study examining the effects of Cinnulin®, 24 men and women were given 250 mg of Cinnulin®, or placebo, twice per day. Cinnulin® helped to maintain healthy blood sugar levels in 83% of subjects in the treatment group, compared to 33% in the placebo group. Cinnulin® has also been shown to support healthy body composition by increasing lean body mass while reducing body fat. An additional study examined the effects of 6 g of cinnamon on glucose levels in subjects consuming 50 g of carbohydrates (instant farina cereal). The researchers found that the addition of cinnamon to cereal helped to improve glucose response measurements during the 15, 30, 45 and 60 minutes following the carbohydrate challenge.

Chromium is a critical piece in the molecule glucose tolerance factor (GTF), a complex shown to be crucial for the uptake of glucose into the cells. Studies using 1,000 mcg/day of chromium have demonstrated that chromium helps maintain healthy blood sugar balance, insulin sensitivity and blood lipids. In a study examining the effects of nutrients on blood sugar and lipid regulation, 43 patients were given 600 mcg of chromium along with 2 mg of biotin per day, or placebo. After four weeks, the combination of chromium and biotin was found to have a significant effect on supporting healthy blood sugar balance, while helping to maintain healthy triglyceride and high-density lipoprotein (HDL) cholesterol levels in the treatment group.

Biotin is a B vitamin that plays a major role in energy production by acting as a coenzyme for several carboxylase enzymes involved in the metabolism of fatty acids and amino acids. Biotin also plays numerous roles in maintaining healthy blood sugar balance such as, stimulating glucose-induced insulin secretion, enhancing insulin sensitivity and accelerating glucose metabolism in the liver and pancreas. Biotin also activates glucokinase, a critical enzyme involved in glucose utilization. Additional research has found that biotin supplementation increases the number of insulin secreting beta cells in the pancreas.

* These statements have not been evaluated by the Food and Drug Administration. These products are not intended to diagnose, treat, cure or prevent any disease. 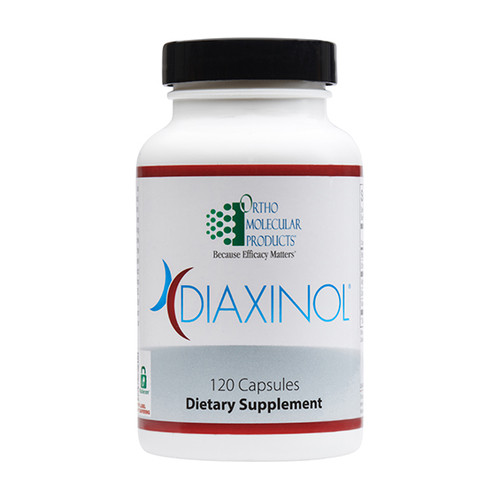